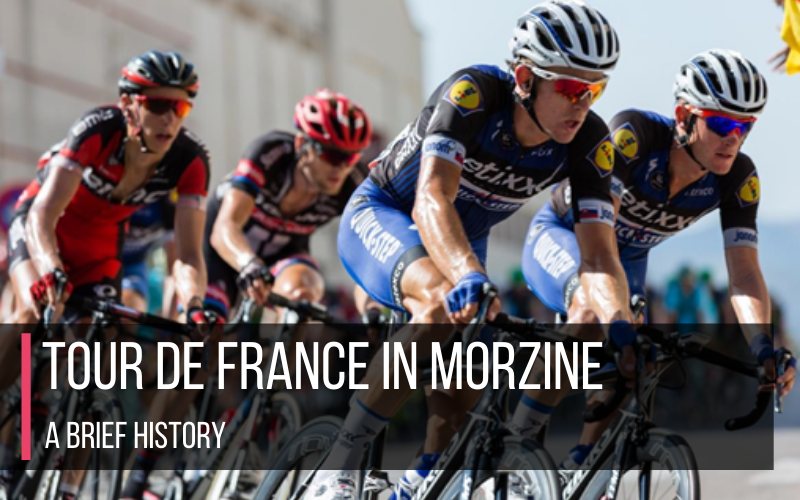 Whether you’re an avid cyclist, partial to an odd cycle in the woods or don’t even know how to cycle, there’s one thing for certain – you’ve heard of the infamous Tour de France. During the first three weeks of July every year, cyclists brave a mixture of flat terrain, cobblestones, sprints and mountain stages until one is crowned with the coveted yellow jersey.

The Tour de France first entered Morzine in 1975 and has returned numerous times since. Thanks to the proximity of Mozine to the infamously steep Col de Joux-Plane climb, we have been lucky enough to host a number of Tour de France stage finishes.

Just over 20 years ago Morzine hosted the finish of stage 16 which began in Courchevel. The winner of stage 16 was Richard Virenque of France.

In 2003 we were lucky enough to host the finale of the first mountain stage. Again, French cyclist Richard Virenque came out on top with the yellow jersey and polka dot jersey being awarded to him.

In 2006 Morzine hosted the 17th stage of the Tour de France where Floyd Landis landed one of the most memorable stage wins in the history of Tour de France, a victory shrouded in scandal resulting in a doping conviction. Floyd lost 10 minutes in stage 16 but managed to win stage 17 which led to a lot of questions surrounding the integrity of his win.

In 2010, Morzine was the finishing location for stage 8. This stage saw Lance Armstrong struggle across the finish line almost 13 minutes down due to him being caught up in three crashes. Armstrong was heard saying that his tour was finished after this disappointing blow. Luxembourgish cyclist Andy Schleck was victorious in stage 8. This year saw Morzine hold host to a rest day which is always an extra exciting time for the locals and tourists!

2016 saw Morzine as the finishing location for stage 20. This stage began in Megève and was a total of 146km. In order to complete the stage and finish in Morzine, riders had to climb the cruel Col de Joux Plane – a 1000m vertical climb which begins in nearby Samoëns. From the top of Joux Plane there is a downhill descent into Morzine where cyclists reached breakneck speeds. On this rainy day, Ion Izagirre won this final mountain stage and took one of the biggest wins of his career.

When the Tour de France comes to town we all take huge pride. It really is a spectacle to see our town kitted out for the event of the summer!