Skiing and Snowboarding in Morzine – Which one is right for you?

While I’m no expert, I do ski and snowboard in Morzine. It’s great to be able to wake up in the morning and think what shall I do today. For me, it depends on the snow conditions, who I will be going with and what we are planning on doing. Thankfully, Morzine has great terrain for both disciplines. 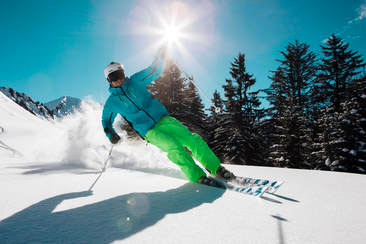 There used to be some rivalry between skiers and snowboarders however, nowadays most people are able to both ski and snowboard so it’s not as prevalent anymore. It can be said that snowboarding has become a lot more mainstream now with plenty of the older generation having a go. Yet, skiing has held onto its coolness. ​
​
So if you have never tried either, here are a few thoughts:

Before you come on holiday try and get as fit and as strong as you possibly can (See Mountain Rehabs video for pre-holiday exercises http://www.mountain-rehab.com/). By doing this you will lessen your chance of injury and evening aches. However, you will more than likely still feel a little ache every evening, as while skiing and snowboarding in Morzine you will use muscles you probably never knew you had.

In my humble opinion, I would say that for first timers, skiing is a little easier as you will not fall over as often and when you do you normally get a fair amount of warning. Whereas snowboarding, you will probably fall over more at first and quite often you catch the edge of the board and you are on the floor before you know anything about it. However, the correct skiing technique will take forever to learn. Even after 20 years of skiing there will always be some part of your technique that can be worked on, whereas once you are able to turn both ways on a snowboard it really is just up to you then. Yet, both will give you plenty of pleasure and fun.

Due to the progression of equipment in both skis and snowboards, it is becoming easier and more comfortable to learn on both. This is most apparent in children’s snowboards. It is now possible to learn to snowboard from the age of 3, the same as skiing.  The camber and rockers which are now in snowboards and skis really help, especially with making it harder to catch that dreaded edge.

If you can, get lessons. If you are a beginner you will learn twice as quick and if you are an expert as mentioned above there will always be something in your technique that needs some work.

There are many great ski-schools in Morzine that we can introduce you too. Here are two that we highly recommend: 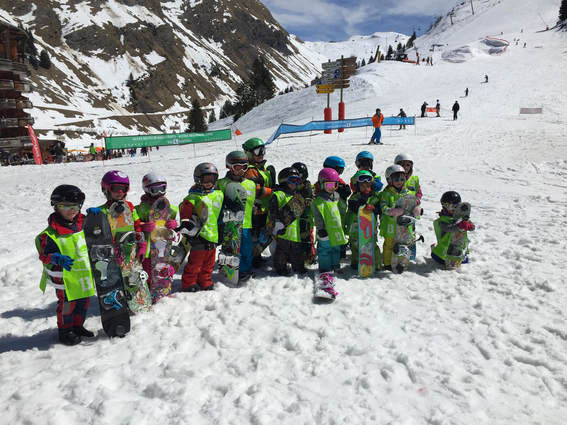 My final bit of advice would be that it is meant to be fun. Enjoy yourself. Falling over can and should be funny. Have nice lunches, have a day off in the middle of your week to recuperate and enjoy everything else Morzine has to offer.

For further advice on tuition or any aspect of your Morzine holiday please feel free to contact us.