The benchmark climb and the hardest one in the area – one of the more well-known in the French Alps. Lance Armstrong suffered here and almost lost the Tour de France on this one.  He’d forgotten to eat properly (a schoolboy error) – it just goes to show that food is even more important than drugs.

Start off by cycling to Taninges via Les Gets.  You can go a better way than the main road once you get to the Pont des Les Gets at 10km after descending through the gorge section.  Turn right here (signposted Praz de Lys) and then first left via the Col de la Ramaz descent for a nicer route away from the traffic.  It’s a pleasant minor road that ends up descending through suburban alpine homes on the outskirts of Taninges.

Turn left on to the main road (16km). Cross the river at Taninges before turning left off the main road to go to Samoens via Morillons. The Joux Plane is signposted through the town, so simply follow the signposts.  It starts directly from Samoens at 32km.

The climb can lull you into a false sense of security to start with but the worst part is the second half. It is an 11km climb averaging a gradient of 9%. The simple truth is this climb does not let up until the top and it can be extremely hot being South facing.  It may not have the high altitude of the Galibier, but it easily justifies its hors catégorie status.

Just so you know, there are actually two cols at the top, so after a small descent, there is a small climb on jelly legs up the Col de Ranfoilly at 48km. Enjoy the descent, you’ll have earned it…but caution, Sean Kelly’s speed record on the descent is in excess of 120kph in the 1980s.  You’ll need to use the brakes a lot more than he did on his traffic free daredevil dive into Morzine and your return to L’Aiglon. 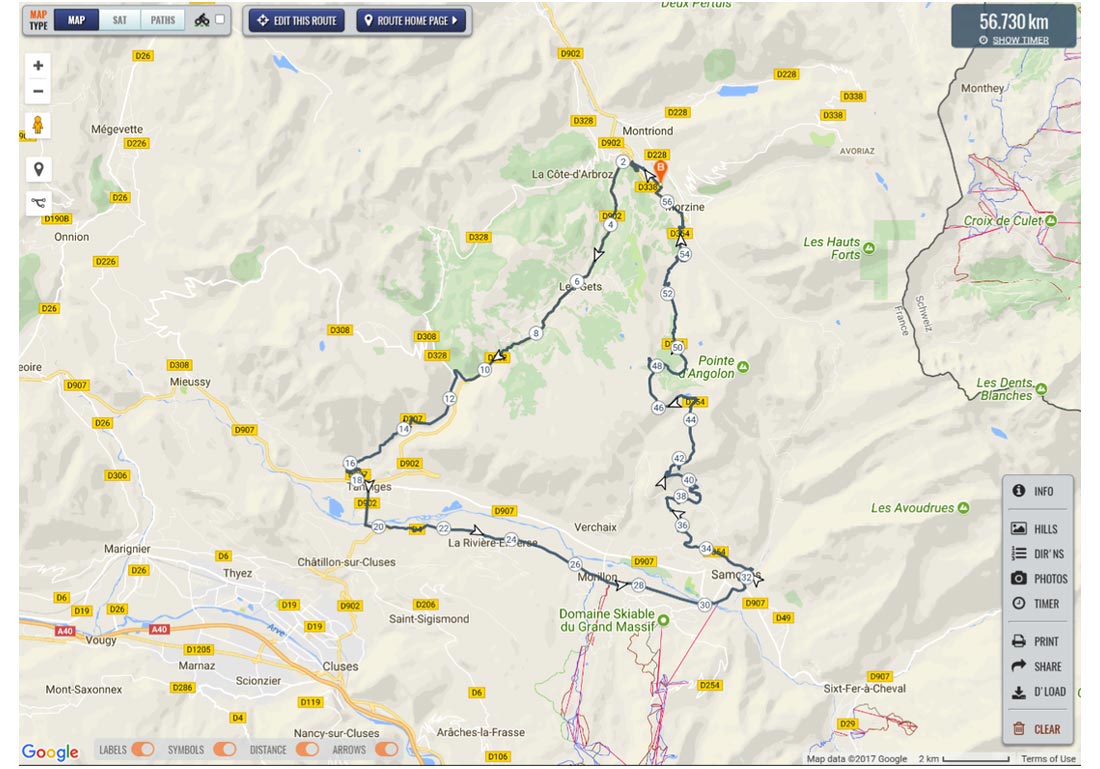