This year on Saturday July 23rd, the 20th stage of the legendary Tour de France will be fought from Megève to Morzine, a stage of 146km.

The tour first entered Morzine in 1975, and it has appeared on the stages a few times since.

To reach Morzine, the riders will climb the punishing Col de Joux Plane, a 12km climb out of Samoëns, with a switchback descent into Morzine. With access via the Pleney lifts, why not hire a mountain bike and head cross-country to watch them descend? Col de Ranfolly has a cafe close to the road, and would be a great place to watch them at the switchback. 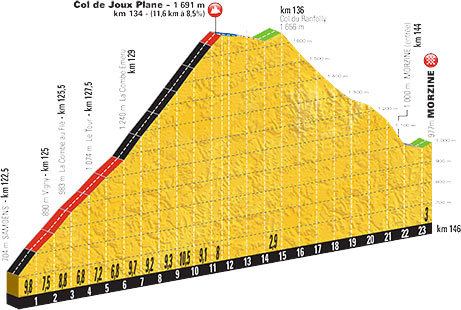 We have flexible stays over that weekend, so check our availability for prices using the “Book Now” button on the left side of your screen.